we will bring to you your very own custom tailored, delicious, whole-food plant-based meals for the day, everyday, Five days a week.

Your own private chef will prepare delicious plant-based meals for you.

You eat, and get healthier with every bite.

Your very own nutrition expert will shop for your groceries.

Your body functions within a very narrow range of pH at about 7.35 and 7.45, which is slightly alkaline. When the foods you eat move your body out of this range of alkalinity, the cells don’t function properly. In these cases, your body then seeks to pull mineral salts from cells and bones in order to restore alkalinity. This results in free radical formation, which accelerates the aging process and promotes illness. It can also contribute to bone demineralization, which leads to weakened bones and, ultimately, osteoporosis. Animal protein is one of the most metabolically acidic foods humans eat. It creates conditions of acidity within the body after ingestion, forcing the body to seek to return to an alkaline state through demineralization of the bones and the cells.  Your blood should have a healthy balance between acids and alkaline. Animal proteins are very acidifying to your body which cause your acid levels to rise. An acidic environment basically is a breeding ground for all kinds of diseases such as cancer, heart disease, diabetes and more. Once your system is cleaned out, your body will be able to absorb more nutrients from the plants, and thus they will begin to make you feel optimal.     (smart) 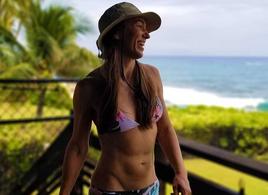 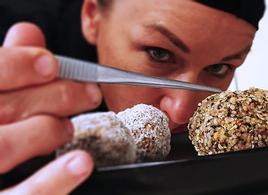 Know that with your inclusion in the program you are not only feeding yourself; In fact, paying customers allow us the freedom and opportunity to really share the health, by welcoming to the group those in need without means who desperately need the program. With every bite you will "literally" be sharing the health. 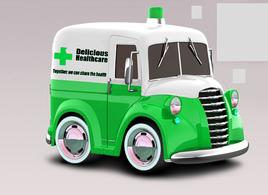 Thanks so much for the wonderful meals and emails! You and Erin are providing such a necessary service, and I am very grateful for your creativity. Keep up the great work! Happy Holidays, Irish, Pete and Sky P.S. I have shared your meals with at least 13 other people, and they are delightfully surprised that these meals are plant-based.

Cameron Crowe, the director of the movie I was shooting in Hawaii, suggested I give Delicious Healthcare a try as he was already using their services while shooting. The food and service was amazing! I was surprised at how accommodating the staff was while my stay in Hawaii. Delicious Healthcare,  has one more fan!

LOSE WEIGHT: Stop worrying about counting calories or carbs. You can easily maintain a lower weight with a plant-based diet. Plant-based foods are nutrient dense but calorically dilute because of the fiber - helping you feel full on fewer calories.

OPTIMIZE ATHLETIC PERFORMANCE: Given all the health research behind the benefits of a plant-based diet, and evidence of all the damage animal protein causes to your body, it makes sense that eliminating animal product intake enhances athletic performance.  Ask Ruth Heidrich, who in 1982 was diagnosed with metastatic breast cancer and cured herself by eating a low-fat, plant-strong diet. She has since won more than one thousand triathlons. Or ask Salim Stoudamire, the plant-eating point guard for the NBA Atlanta Hawks, who says that by the fourth quarter, when most players are starting to fade, he’s picking it up a notch. Or ask Martina Navratilova, the world’s winningest tennis player, who serves up plant-based foods exclusively. Or ask plant-devourer Dave Scott, six-time winner of the famed Hawaii Ironman triathlon. It’s Science!

ELIMINATE DIABETES MEDICATION: Plant-based diets have enabled diabetic patients to go off their medication (completely).   Start Life on the right foot. Type 1 diabetes, one of the most devastating diseases that can befall a child, is linked to infant feeding practices.

PREVENTION IS THE BEST MEDICINE: The American healthcare system is the third leading cause of death in the country, with adverse drug reactions, medical error, hospital infections, and surgical errors totaling more deaths than heart disease or cancer. Keep in mind America is the only Industrialized Modern country without Universal Healthcare.

AVOID ALLERGIES: Even small amounts of milk in the diet of children can contribute to the development of allergies.

REVERT HEART DESEASE: Even the most severe cases of heart disease can be halted and reversed with oil-free Whole Plant-Based foods alone.

STOP CANCER PROMOTION: The effect of dietary protein is so powerful, that changing the levels consumed effectively turns cancer growth on or off. Breast cancer is related to levels of female hormones in the blood, which are determined by the foods we eat.

LIVE HEALTHIER, SAVE MONEY, AND ENJOY YOUR HUMAN EXPERIENCE: Scientific DATA indicates that People who eat animal-based foods get the most chronic disease. People who eat the most plant-based foods are the healthiest and tend to avoid chronic disease. America spends millions of dollars annually on chronic, degenerative, and preventable illness. Why not put that money to better use?  Spend your retirement enjoying life, not sitting in a doctor's office.

I don’t know why you chose to combine beets, sweet potato, sunflower seeds and cranberries and make a dish…….but holy crap I love it. The burrito was stellar as always, but the beets dude, damn.

If you're like me and don't know how to start, have no clue how to cook plant base or simply don't have time...
www.DeliciousHealthcare.com is on island. They helped make the transition easy by preparing and delivering meals for my daughter. Aside from that, they have provided us with education, resources and tools that we weren't able to get from our doctors. 😊

I am so hooked to your food, I love it! one day I will move to Hawaii and eat it everyday, it's the best. addictive though :) 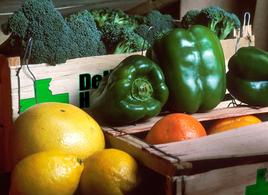 Been eating Delicious Health care food for 7 weeks. Results 30 pounds lighter. Had high blood pressure , high cholesterol , blood sugar off the chart. Now everything is either normal or close to normal. Stopped taking 5 types of pill since i started this. My doctor can not believe the results , only seen results this good and fast a couple times in his career.